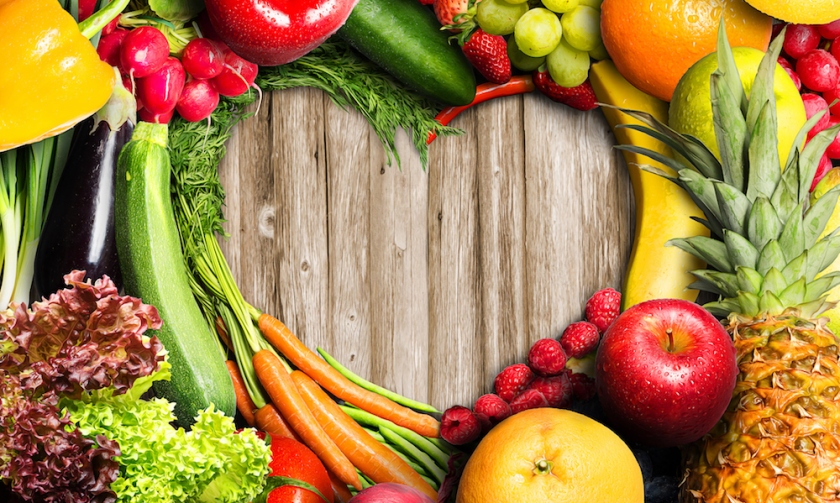 I’m so excited to write this blog today.  One week ago I began the Medical Medium 28 day Healing Cleanse and felt called to share my experience. I’ve been following the Medical Medium (Anthony William) for some time now.  I’ve worked closely with gifted teachers and practitioners who are skilled in his work and have guided me through supplements and herb selection and supported me through viral flares and symptoms of detoxing. For those of you unfamiliar with Anthony’s work, his books, The Medical Medium and Life Changing Foods, are game changers in every sense of the word. The overall message is that:  1. We are surrounded by environmental toxins which can build up over our lifetime. 2. We carry viral loads and heavy metals which along with environmental toxins, can make us sick. 3. Thebody can REVERSE disease and heal itself.  That’s a really oversimplified version, but the basic premise.

I am very lucky in that I haven’t been diagnosed with any serious disease.  That said, there is the issue of what hasn’t exactly been diagnosed.  I am one of those women who falls into the category of having “unexplained infertility”.   It’s a horribly befuddling term that left me full of questions and despair. Four years ago my husband and I began trying to have a baby. After an unsuccessful year and a half, we turned to the medical model for help.  Nobody had answers. My husband was healthy, I was healthy.  All the numbers looked really good, tests couldn’t find anything wrong.  They suggested IUI (intrauterine insemination) and medication.  Not knowing what else to do, we went for it. It failed- four times.  I was devastated and vowed to focus on our health and find another path.

In April 2016, I started seeing an acupuncturist and began taking chinese herbs. In addition, we started working with a homeopathic doctor specializing in removing heavy metals from the body in a safe and systematic way. He explained that my husband was loaded with heavy metals and that I had them too, mainly in my ovaries.  We detoxed and followed his protocols for 5 months.  We were both mostly clear and ready to start trying again.  I felt that I needed to go further though, and in October 2016 began working with a new healer who introduced me to Anthony’s work.   This healing path has consisted of nutritional support and a lot of really good self care (ahimsa at its finest!). For months I’ve been clearing out viral debris, improving my immune and nervous system, detoxing my liver, and removing any residual heavy metals.  I feel really, really great and probably the healthiest I’ve ever been.

Back to present day, I am doing the 28 day Healing Cleanse as described in the Medical Medium book 1 to do a final really deep detox before attempting to try to conceive again. This cleanse is really simple (one thing I love about it) and all natural (the other thing I really love).  For 28 days, eat only raw fruit and vegetables.  That’s it.  I was reluctant to give up olive oil, potatoes, and seeds/nuts at first.  Even though I knew I could get incredible amounts of macronutrients and dense amount of nutrition from these foods, it was still a big shift.  After a week, I feel amazing.  My energy is really great, I feel calm, grounded and radiant.  I am practicing listening to my body for any signals that things are moving too fast, but so far, it’s been extremely positive.

Below are some references for support in this work:

Medical Medium: Secrets behind chronic and mystery illness and how to finally heal

Medical Medium Life Changing Foods: Save yourself and the ones youlove with the hidden healing power of fruits and vegetables

Welcome Spring! I’ve found that focusing my energy on strengthening my body and detoxing has been a beautiful spiritual practice and want to share with you what I’ve learned on this path (so far).

The new life energy coming forth from the earth creates an inspiring time of year to purge our bodies of its heavy toxic load.  The toxic load we carry comes from both what we absorb from our environment every day and what has been passed down to us through our parents and those before them.  These toxins can build up in our system and cause chronic health conditions such as anxiety, headaches, dizziness, weight gain etc.

If you are interested in improving your health and state of wellness, this is a great place to begin.  Nothing harsh, just a few simple changes that when combined, can have a tremendous impact. It’s also a good practice in changing routines, nourishing your body and truly listening to what it is telling you.  I found that in the beginning, some of the changes in diet and lifestyle brought up all kinds of emotions and resistance inside me.  It felt challenging to follow this path when society was telling me to eat, drink and be merry because I “deserved” it.  So this is a very different perspective, eat well, avoid things that can increase your toxic load, and be kind and gracious to yourself- because my dear ones, this is what we deserve.

Things to avoid or eliminate from your routines:

How a daily spiritual practice helped heal both me and my cat. 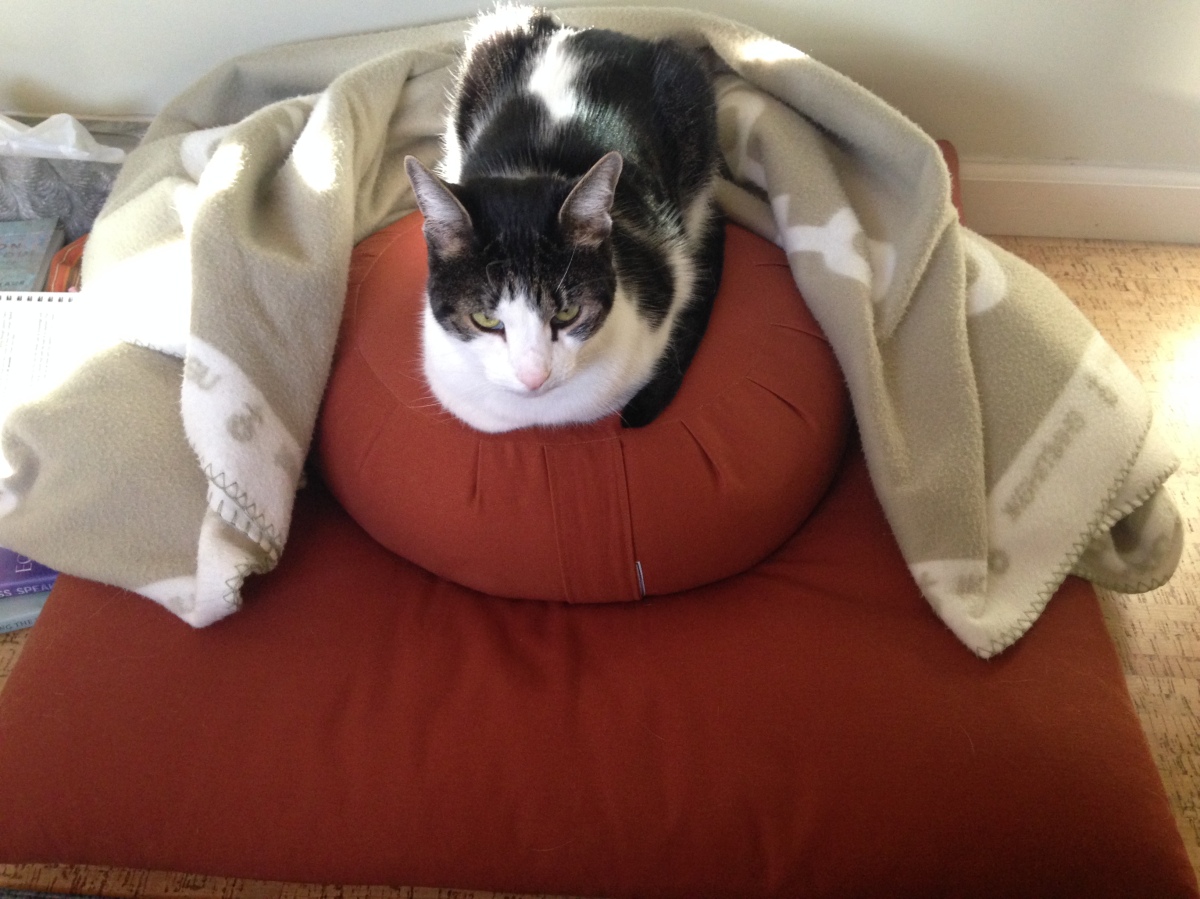 Like many other people, I love animals and find comfort in their presence in my household.  That said, I have 3 cats who are each special in their own way.  When I decided to create my meditation/yoga room, I converted an unused space adjacent to a room inhabited by my oldest and most skittish feline friend.  My intention for this space was to begin a daily sadhana (spiritual practice) which would consist of chanting, prayer, meditation, and kriyas (specific movements in Kundalini yoga).  I was committed and ready to begin.

It’s been over 2 years now since I began my first sadhana and my husband now joins me most mornings when he isn’t up earlier for his own personal sadhana. It’s become a beautiful practice that creates a sacred stillness to the start of my day.  We both feel the changes within us and the connection to our true, higher Self. For me, I also have witnessed a decrease in physical pain that, at times in the past, had been intolerable.  There is wisdom in the body but there is also residual emotional pain that lives on as well and can become lodged and create physical discomfort.  When the pain is healed, relief  can truly come.

So, I am a believer.  I have faith that devoting to a spiritual practice can calm the mind and heal the body.  You know what else I’ve come to realize? It helps heal those in the space around us as well, even pets.  Remember that skittish cat I mentioned? Since being part of my practice, he has become calmer, more relaxed and his episodes of nerves that would have him running in circles and climbing the walls dramatically decreased.  He felt the healing energy too- what a gift!

Every morning, I am encouraged that my sadhana feeds my soul, heals my body and calms my mind.  And every morning, there’s a little cat eagerly waiting to join me, who instinctively knows that he is experiencing something sacred, divine, and healing as well.

Bearing witness to anger while honoring our needs. 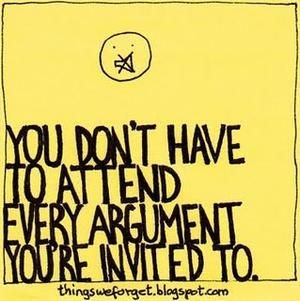 In my personal healing work, I am realizing just how much passive aggressive behavior hurts me. Its affect is very real, and because it is normalized by society, it is often overlooked.  Passive aggression at its most basic level, is an act of defense from someone who has difficulty letting down their guard enough to be vulnerable and speak their truth without fear. In an effort to protect themselves (and their position), without being clear and sure of themselves, they opt for a passive (yet aggressive) work around.  Case in point, I had a neighbor recently have her visitor park in our parking spot.  When I asked if her visitor could park in a visitor spot next time, my neighbor agreed but then went on to say that she, herself, is not particular and doesn’t mind where she parks (implying that my request was petty).  She was clearly hurt or angered, but unable to verbalize that to me comfortably.  Instead she belittled and nullified my viewpoint.  That’s the thing about passive aggression, it is an act of violence against yourself as well as others. She wasn’t able to speak her truth or release her defenses and so acted that out on me. I was left questioning if I had done something wrong.

Where there is aggression of any kind, there is victimization.  It is important to realize this and put it into context and not to blame yourself.  Again, passive aggressive behavior feels bad…because it’s designed to feel that way.  In any life situation, my goal is to listen carefully to my inner voice and needs, share my concerns (in a kind and sensitive way), set boundaries where they are appropriate, and give myself the care I require to maintain a loving relationship with the Self.

Below are some of the ways that I’ve learned to address passive aggression as it comes up in my own life.

Using ahimsa as a guiding principle calls us to act from a place of clarity, from our highest self, and to feel safe enough that we can share our position with someone else in a healthy way. This takes courage and a strong sense of self love.  It is a practice…and it takes time. In our current culture, there are plenty of opportunities for us to practice this skill.  Don’t get discouraged and keep practicing until passive aggression no longer has an impact on your life and is no longer used as a tool to hurt each another.

I’m starting to learn a few things about myself and this life.  I’m learning that life’s mysteries need not be so scary; that when I become still and listen, I can tune in to a stillness inside myself that guides and comforts me and I now know that my sensitive spirit needs space to nurture itself and feed my soul. I’ve also learned that this term Ahimsa, one I started intimately knowing many years ago- means way more than I ever knew possible and is more relevant now than ever. I’m not sure how I first stumbled upon the term Ahimsa;  it feels like it’s been a part of me my whole life, but growing up in an Irish/Italian Catholic family, I know Ahimsa somehow found its way to me, and it stuck.

In its simplest sense, ahimsa is a yogic term meaning to live your life causing the least amount of harm to others as possible.  As a vegan, I relate to the concept of ahimsa in a very intimate and profound way. Ahimsa is the foundational concept of living a compassionate life, to seeing the inherent worth in all beings and believing that all beings are sacred and divine. Ahimsa influences what I eat, how I spend my free time, how I treat both friends and strangers, and what I buy.

I was called to create this space to share how this thread of ahimsa inspires me each day and connects me to you and all of us together as one. In a world that sometimes feels like divisiveness and insults are becoming the norm, the warmth and love from living a life guided by Ahimsa is a call back to my own heart.